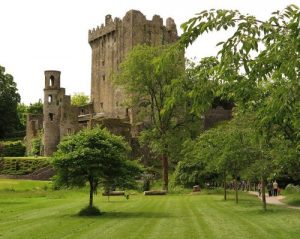 Built nearly six hundred years ago by one of Ireland’s greatest Chieftains. Tourists visiting Blarney Castle may hang upside-down over a sheer drop to kiss the stone. Surrounding the castle are extensive gardens. There are paths touring the grounds with signs pointing out the various attractions such as several natural rock formations with fanciful names such as Druid’s Circle, Witch’s Cave and the Wishing Steps. 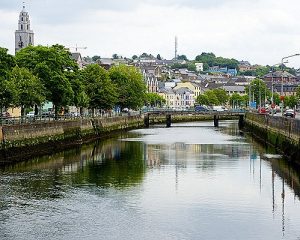 Cork, just inland from Ireland’s southwest coast, is a university city with its centre on an island in the River Lee, connected to the sea by Cork Harbour. The castle-like 1824 Cork City Gaol once held prisoners bound for Australia, and exhibitions relay the building’sgatehouseThe hilltop steeple of 18th-century Shandon Church (officially the Church of Saint Anne) is a symbol of the city. 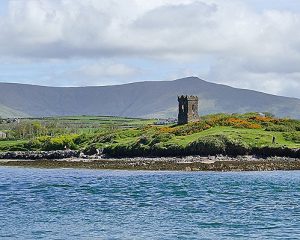 Dingle is a small port town on southwest Ireland’s Dingle Peninsula, known for its rugged scenery, trails and sandy beaches. A statue of long-time harbour resident Fungie the dolphin is by the waterfront. Dingle Ocean World Aquarium has penguins, otters and sharks. To the northwest, Gallarus Oratory is an ancient dry-stone church with sloping sides. Clifftop Dún Beag is a prehistoric promontory fort to the southwest.

This stunning area is a national park with nature trails and picturesque views everywhere you look. This is the source of the River Lee and where Saint Finbarr is said to have built a monastery during the 6th century. The 19th-century oratory which now stands there is famous for its picturesque location.

Kenmare is a small town in the south of County Kerry, Ireland. The name Kenmare is the anglicised form of Ceann Mara meaning “head of the sea”, referring to the head of Kenmare Bay

Is a vibrant “little” town and the incredibly beautiful surrounding countryside which makes Killarney a very special place indeed. Brim full of history, heritage, activities, and world-class hospitality. Killarney is populated with enthusiastic and welcoming people, and this enthusiasm is reflected in many national and international awards.

Bantry is a town in the civil parish of Kilmocomoge in the barony of Bantry on the coast of West Cork, County Cork, Ireland. It lies at the head of Bantry Bay, a deep-water gulf extending for 30 km to the west 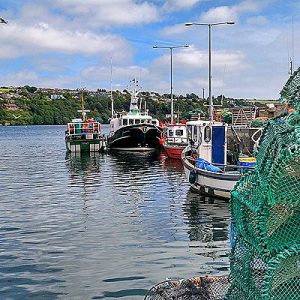 Kinsale is a town on the southern coast of Ireland, in County Cork. Two 17th-century fortresses overlook the River Bandon: the vast, star-shaped Charles Fort to the southeast, and the smaller James Fort on the river’s opposite bank. The 16th-century courthouse building houses the Kinsale Regional Museum, with a variety of displays on local history and information about the 1915 sinking of the RMS Lusitania.the start/finish point of the ‘Wild Atlantic Way,’ the 2,500km coastal journey from Kinsale, Co Cork to Inishowen, Co Donegal.http://www.kinsale.ie

Macroom and Macroom Castle 12 km away

Marcoom is a busy market town located halfway between Cork city and Killarney.

There is a farmer’s market in the square here every Tuesday from 9am to 2pm. Just off the square, you can enter Macroom Castle through the archway of the gatehouse. The Castle grounds contain a public park with beautiful riverway walks and is also home to Macroom Golf Course.

Rings of Kerry 74 km away

Drive the picturesque loop at the heart of County Kerry and get ready to experience Ireland at its wildest rugged islands, white sand beaches, dramatic mountain passes and a royal goat.

– the Ring of Kerry works its magic as you travel from rugged coastline to charming villages and buzzing towns. You can do it all in a day, but our advice? Go slow, savour the sights, get off the beaten track, and see what has made this driving route one of the most popular on the island of Ireland.

Warrensgrove Estate can arrange your guided tours or day trips.